Our substantially sized woodland style garden bench is suitable for commercial use and will be able to seat many people, it's sturdy nature will be able to withstand the rigors of busy everyday activities. This style bench is very popular with schools, colleges, wildlife trusts, nature reserves and public gardens, would also look wonderful in your garden at home! Manufactured from Swedish Redwood that has been grown in the UK and processed in our local sawmill in Cornwall, which then follows a tanalising process that will prolong the life of the timber where it can be left outside all year round to weather naturally with no further treatment required.  A strong and sturdy bench that has been finished with galvanised steel fixings.

If you would like to maintain the bench’s cosmetic appearance our protection oil can be applied, which is perfect for brightening up your garden furniture and keeping its fresh new look. To find out more about our Protection Oil, please Click here.

Free Delivery to many locations.

“Soft Ground” anchor kits include: The Spiral style anchor kit is designed to be screwed into grass or can also be sunk into concrete for extra strong holding.  The kit consists of galvanised spiral (metal bar may be required to drive into ground), 1m of 6 x 12 heavy galvanised chain, open link to join the chain - hammer required to close link (please note that if you wish you can join the chain with your own padlock).

Plaque – Available in Solid Brass or Stainless Steel and the prices include inscription. Please allow approx. 2 weeks for plaques to be completed, it is also possible to forward the bench within 48 hours and follow on with the plaque. Plaques are attached to the bench top with Brass or Stainless-Steel screws.

We aim to get every order to you as quick as humanly possible, most orders generally qualify for Free Delivery. Where transport costs are higher charges can occur to cover costs, we always keep this to a minimum.

Every order, unless otherwise stated (large items or made to order) will be dispatched within 24 hours. Where possible we aim to dispatch items on the same day, depending on the time you place your order.

We use a range of courier services to deliver your items as quickly as possible. The size of the item determines the courier used. We have a few different categories which outline how your order will be delivered to you:

PLEASE NOTE: Where items are delivered by pallet, the couriers are only under obligation to deliver it to the outside of your premises and it is your responsibility to transport the goods internally within your property.  If you require a Two-man service to bring your goods inside your home  please ask regarding this service at the point of order.

Our own van is used to provide a Two-Man service. Our van runs generally happen every 1-2 weeks.

Zone A: Delivery is FREE on most products although some of our Roots, Large Dining tables and Douglas Fir items incur a charge due to the heavy weight of these items. 48hr delivery is available on applicable items.
Zone B: If your postcode falls into Zone B, please contact us on 01726 884123 with details of the items you are interested in and we will be able to quote you for delivery. Please note that 48hr delivery is only available in Zone A.

Not answered your question? Read our delivery FAQ here 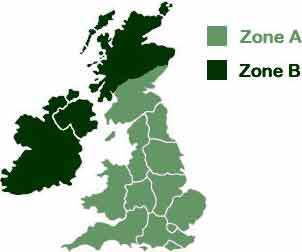 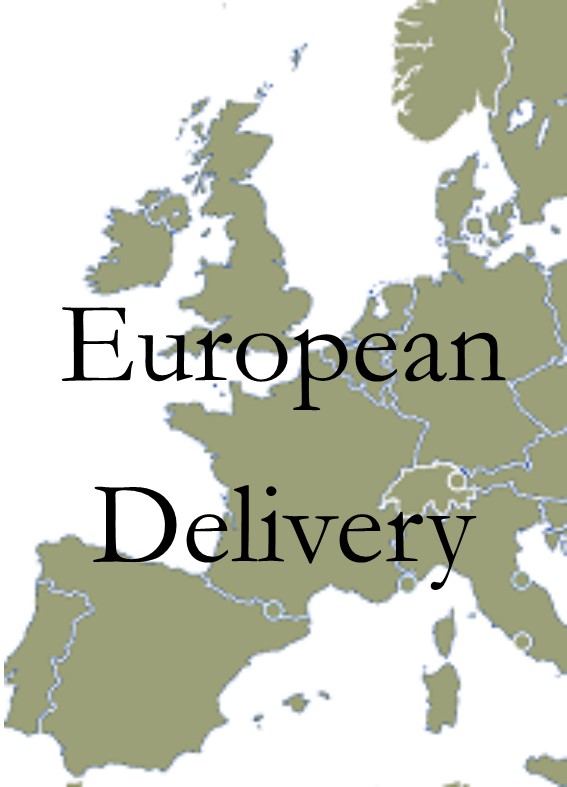 Our guarantee to you

Buying online is never easy, there's no substitute to seeing something in person. But it's not always possible, so we do our best to reassure you, before purchase right through to delivery.

No contest 14 day returns. Don't like what has turned up? We will happily collect or exchange any goods purchased from us, within 14 days of purchase.***
Delivery. We always aim to get your delivery to you in the quickest and most accommodating way possible.
Questions answered quickly. If you have any questions regarding our products then our experts can help.
Unlimited aftercare. No matter when you have brought your product, if you have an issue with it, we will always try to help you, 24/7.
Highest quality materials.We test every product thoroughly. We use the highest quality timber and traditional tried and tested methods of construction.
Heavy duty. Our items are mainly brought commerically, it's where we started. All of our items therefore are suitable for commercial, industrial heavy usage.
Experience. We have been at this game a long time. With over 20+ years in the furniture business, we know a massive deal about furniture.
Honesty. We work by the 'would we want it in our own house' principle. We will always be honest with you regarding any item and offer realistic help and information where possible. We do what we love, which is furniture, we are by no means sales men.

***  Please be aware that any Returns from Outside of the UK may incur charges. If you wish to organise a return of your items please contact us directly.

Need help with your purchase? Need advice? Contact us now.

Our team will begin work on picking, packing and preparing your order.

Many orders qualify for free, 48 hour delivery. Find out if your order qualifies

Our team will begin work on packing your order and making sure you are available to take delivery.

No quibble 7 day free returns, on all orders. Find out more here.